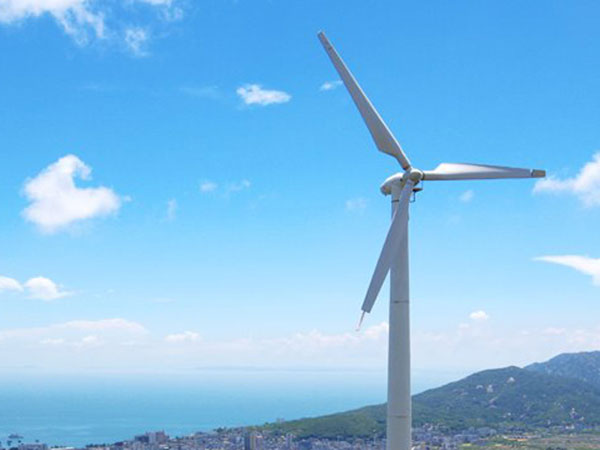 The use of wind energy is to convert the kinetic energy of the wind into mechanical energy, and then into other forms of energy. Mankind has been using wind energy for a long time, and there is the word “fan” in the oracle bone scripts of the Chinese dynasty, which shows that China began to use sails to propel ships forward at least during the Yin and Shang dynasties. According to historical records, Chinese ancestors learned to use wind to lift water, irrigate, grind flour and spring rice as early as several centuries BC. In modern society, the most important way to use wind energy is wind power generation, that is, using wind turbines to convert wind energy into electrical energy.

(1) Independent. This form of wind power generation generally only uses a small and medium-sized wind turbine to provide domestic electricity to small sites, one household or several households. In order to ensure that electricity can be supplied even when there is no wind, this type of power generation needs to be equipped with batteries of appropriate capacity.

As shown in Figure 1, the composition of a typical grid-connected variable-speed variable pitch control doubly-fed wind power generator is given.

Among them, wind turbines, commonly known as “windmills”, are one of the core components of wind power generation systems and are used to convert available wind energy into mechanical energy. Wind turbines mainly include wind wheels, towers and wind counters. The wind wheel is composed of Lun Yi and several blades (also called blades) installed on Lun Yi. It is the part of the wind turbine to capture wind energy; the tower is used to enable the wind wheel to run at higher wind speeds on the ground; the anti-wind device is a wind direction tracking device, so that the wind wheel can always be in the maximum windward direction.