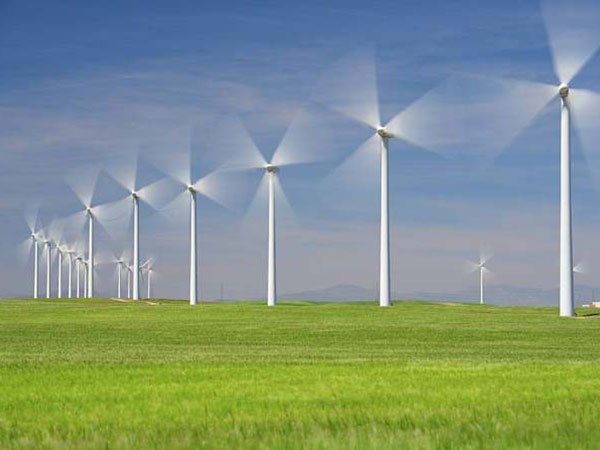 Wind is flowing air, and moving air has kinetic energy. This kinetic energy is called wind energy. According to the above discussion on the formation of wind, solar radiation is the most important source of wind energy. Studies have shown that the total solar radiation power received by the earth is 1.7X1014kW, of which 1%~2% of the energy reaches the surface of the earth and is converted into wind energy. Wind energy on the earth has the advantages of huge reserves, wide distribution, clean and pollution-free, etc., of course, it also has its limitations, such as low energy content, instability, and obvious regional differences.

Where: E is wind energy (W); p is air density (kg/m3), under normal temperature and standard atmospheric pressure, it can be taken as 1.225kg/m³; v is the wind speed per unit time (m/s). Wind energy density refers to the energy contained in the wind passing through a unit cross-sectional area per unit time, also known as wind power density (P), and its calculation formula is

Wind power density P is proportional to the third power of average wind speed, so wind speed is the most important factor in wind energy calculations.

In the formula: K is the shape parameter; C is the scale parameter. If the wind speed v is in the area where the upper and lower limits are a and b respectively, and f(v) is a continuous function of v, then the integral form of wind energy density calculation formula is

China has a vast territory, and not only is the total reserves of wind energy abundant, but it is also widely distributed. According to relevant research estimates, the national average wind energy density is about 100W/m², the country’s total wind energy reserves are about 4.8×109MW, and the 10m height of onshore and offshore areas that can be developed and utilized is about 1.0×106MW of wind energy resources. Among them, there are about 2.53×105MW of onshore wind resources that have good development and utilization value.

The utilization of wind energy resources depends on the density of wind energy and the annual cumulative hours of available wind energy. According to the effective wind energy density and the cumulative hours of wind speeds of 3-20m/s throughout the year, the distribution of wind energy resources in China can be divided into four types of areas, namely, rich areas, richer areas, available areas and poor areas. Wind energy-rich areas, richer areas, and available areas all have good conditions for the use of phoenix energy, accounting for about 2 of the total area of the country. Among them, the four provinces of Inner Mongolia, Xinjiang, Heilongjiang and Gansu have the most abundant wind resources.