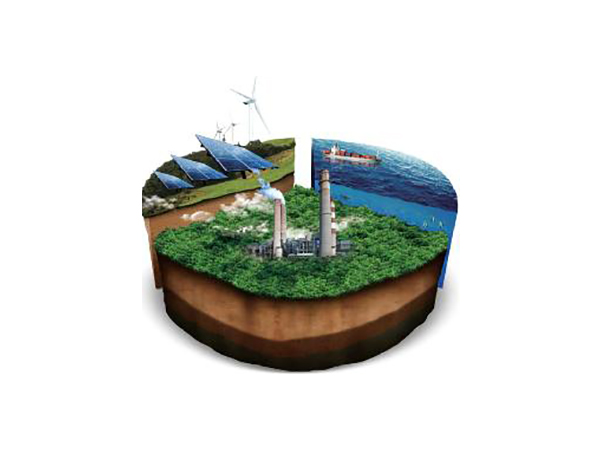 Essentially, wind energy comes from solar energy, which is a form of conversion of solar energy under certain conditions. Simply put, the different latitudes of the earth’s surface are at different distances from the sun, the angle of receiving sunlight is different, and the time (including time and duration) of receiving sunlight is also different, which makes the temperature distribution on the earth’s surface uneven, leading to temperature differences in various places, which in turn causes differences in atmospheric pressure over different regions. Under the action of atmospheric pressure, the air moves. Moving air has energy, and wind energy is the kinetic energy of moving air. For human beings, wind energy is a natural resource with huge reserves, widespread distribution, and renewable. It also has the advantages of zero pollution, zero emissions, and no need for transportation. However, this kind of energy also has disadvantages such as difficulty in storage, low energy flow density, and instability. Therefore, for a long time, wind energy has not been able to be used by humans on a large scale. With the continuous advancement of science and technology, the use of wind energy has gradually become more widespread.

Solar energy is the energy carried by solar radiation, and it is the most important renewable energy source for mankind. Studies have shown that about 1.73×1011MW of energy is output from the yang to the universe every year. The part of this energy that can reach the earth accounts for about one part of 2.2 billion, or about 8.5×1010MW, which is equivalent to the energy released by the burning of 1.7×1018t Huai coal. This is a huge source of energy for the earth, far exceeding the total amount of energy consumed by human beings each year, and neither the value of development nor the space for development is huge.

Biomass energy is a kind of renewable energy that has not been used on a large scale by human beings, and it is also a kind of renewable and recyclable energy. Biomass energy mainly includes various plants that can be used for energy in nature, human and livestock excrement, and energy converted from organic waste in urban and rural areas. From the analysis of its source, biomass energy is the energy stored in biomass by green plants that convert sun energy into chemical energy through chlorophyll. According to conservative estimates, the plants on the ball can fix 200 billion tons of carbon each year through photosynthesis, and the energy contained therein is about 3×1021J, which is twice the current annual consumption of mineral energy in the world.

Ocean energy is an energy source attached to the sea, including tidal energy, tidal current energy, ocean current energy, wave energy, sea temperature difference energy and sea salt difference energy. This kind of energy has the advantages of large reserves, pollution-free, renewable and other aspects. It is estimated that the theoretical renewable amount of ocean energy in the world is 7.6×1013w, which is equivalent to the current total demand for electric energy by mankind.