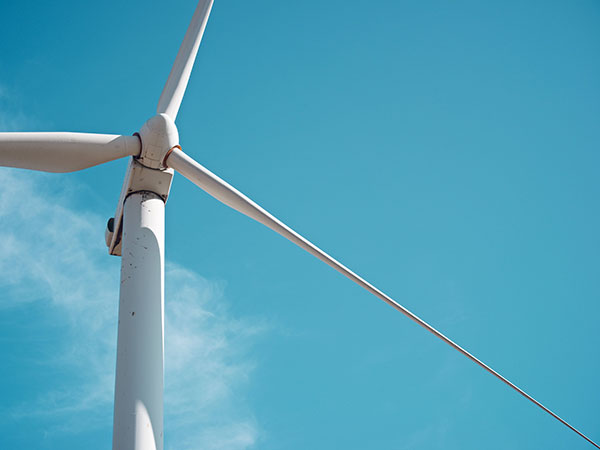 In general, the efficiency of a synchronous generator is higher than that of a DC generator, and it can generate more power than a DC generator at low speeds, and can also generate electricity at high speeds. When using a synchronous generator to generate electricity, not only can it provide the current of its own magnetic field, but the speed range of the wind wheel is also larger. However, complex grid-connected control systems are usually required, which increases costs and affects economic benefits.

Due to the volatility and randomness of wind energy itself, it is difficult for the output voltage frequency of traditional wind turbines to consistently meet the frequency requirements of the power grid. At present, most wind turbines are connected to the grid through inverters based on power electronic technology. The difference in grid connection between synchronous generators and asynchronous generators has become insignificant, and some new types of wind turbines have been designed and used.

All types of generators include two parts: one part is a stationary stator part, and the other part is a rotor that is fixed on the shaft of the generator and can rotate with it. The stator and rotor of the generator are composed of an iron core and windings (coils made of metal conductors or other structures with the same function). The function of the winding is to conduct current and form a magnetic field as a metal conductor, or to induce voltage and current when moving in a magnetic field. The role of the iron core constrains the stator or rotor magnetic field within a certain space to help the stator and rotor windings complete the electromagnetic induction process.

In the process of wind power generation, the rotating wind turbine drives the rotor of the generator to rotate through the transmission mechanism. Since the generator rotor is placed in the magnetic field of the stator, the conductor of the upper winding starts to cut the magnetic induction movement, so an induced current is generated. At the same time, when current flows through the winding coils on the rotor, a corresponding magnetic field will be formed. Compared with the rotor, the winding coils of the stator are also cutting the magnetic induction movement, so induced current will also be generated. In actual practice, the stator winding is usually directly or indirectly connected to the power grid, and the electric energy induced in the stator winding is sent to the power grid. Therefore, the stator winding is sometimes called an armature.