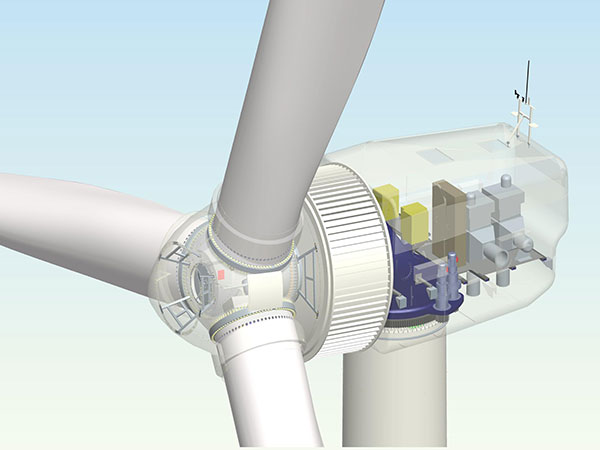 The overall structure and working status of the wind turbine

The overall structure of the wind turbine

On the whole, wind turbines generally include three parts: wind turbine, nacelle, and tower. There is a rotating body between the nacelle chassis and the tower, so that the nacelle can rotate horizontally. At present, the more mature grid-connected wind turbines in the world mostly use horizontal-axis wind turbines, and the mainstream wind turbines have a capacity from several hundred kilowatts to 1.5MW. From a technical point of view, the single-unit power of the current largest operating unit has reached 8MW, and 10MW or even 15MW wind turbines are being designed.

In addition, it is necessary to mention the measures to prevent lightning strikes on the tower. The metal tower or wind turbine unit itself has the possibility of being struck by lightning. In addition, from the point of view of the installation location, wind turbines installed on the top of a mountain or standing in isolation on the flat ground are likely to be targets of lightning strikes. When directly struck by lightning, it will not only damage the wind turbine installation, but also cause casualties. Therefore, lightning protection measures should be taken seriously.

The electrical energy produced by wind turbines will eventually be sent to the grid or users through the electrical system. As shown in Figure 2, a schematic diagram of the connection between the wind turbine generator set and the outside is given.

The working state and conversion of wind power generating set