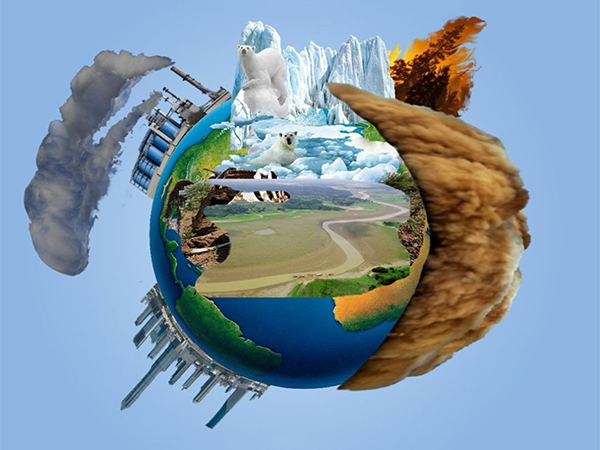 The main impact of conventional energy on the environment

The development and utilization of energy by mankind, while meeting people’s increasing material needs and improving people’s quality of life, always inevitably put pressure on the natural environment. Especially the use of conventional energy, its damage to the ecological environment is even greater.

The use of fossil fuels produces harmful gases such as CO (carbon monoxide), SO2 (sulfur dioxide), and NOx (nitrogen oxides), which not only damage the ecosystem, but also directly harm human health. Severe air pollution will not only destroy the ecological environment and endanger people’s health, but also bring economic losses. According to estimates by relevant authorities, the EU’s annual direct or indirect economic losses caused by air pollution exceed US$10 billion, and China’s annual economic losses caused by air pollution are also RMB 12 billion, or even higher. It is worth noting that due to the intensification of air pollution, severe smog has appeared in many cities in the world. Among them, the smog in some cities in North China is particularly serious, which seriously endangers the health of local residents.

The greenhouse effect is also called the atmospheric heat preservation effect, and some scholars call it the “flower house effect”. A large number of experimental studies have shown that if the concentration of CO2 in the atmosphere doubles, the average temperature of the earth’s surface will rise by 1.5 to 3.0°C, and it may rise by 6.0 to 8.0°C in the polar regions. This will promote the melting of glaciers in the polar regions, which will cause the sea level to rise by 20~140cm, which will bring huge economic losses to coastal regions and countries. Figure 1 shows a statistical chart of changes in the global atmospheric CO2 content from 1775 to 2000. Historical data shows that due to the burning of a large amount of fossil fuels, the concentration of CO2 in the atmosphere has continued to increase. The CO2 content per 1 million atmospheric units was 280 units before the Industrial Revolution and 349 units in 1988, which is now even higher. Therefore, advocating a low-carbon economy and minimizing CO2 emissions are of great development significance for mankind.

Fossil fuels often contain a large amount of sulfur and nitrogen, and a large amount of SO2, NOx and other pollutants will be produced during the combustion process. After these gaseous pollutants enter the atmosphere, they can be diffused in a large space through atmospheric transmission. As long as the conditions are mature, regional acid rain can form. Acid rain is extremely harmful to the natural environment. It can change the acidity and alkalinity of the soil, change the acidity of lakes and reservoirs, corrode crops and trees and forests, change the regional climate, corrode building materials, and so on. In short, the formation of acid rain can cause immeasurable damage to the ecological environment and human infrastructure, and bring huge economic losses.

People generally believe that today’s environmental pollution refers to pollution caused by toxic and harmful chemicals, dust, electromagnetic waves, radioactive substances, etc. In fact, in addition, thermal pollution is also a new environmental pollution that seriously threatens the survival and development of mankind. The so-called thermal pollution refers to the environmental pollution caused by the increasingly modern industrial and agricultural production and various waste heat emitted in human life. When a large amount of exhaust heat enters the natural waters, it will cause the natural water temperature to rise, thereby forming thermal pollution. The first victims of thermal pollution are aquatic organisms. Due to the increase in water temperature, on the one hand, the oxygen content in the water decreases and the water body is in an oxygen-deficient state; on the other hand, the increase in water temperature will increase the metabolic rate of aquatic organisms and require more oxygen. This will seriously damage the original ecological environment structure of the water system, causing fish and other organisms in the water to fail to grow normally. At the same time, the increase in water temperature also provides favorable conditions for the growth and reproduction of certain algae plants, which not only severely impacts the original ecological balance of the water area, but also blocks the waterway, causing serious inconvenience to the navigation of ships. In addition, the rise in water temperature creates an artificial hotbed for some disease-causing microorganisms, allowing them to breed and flood, leading to epidemics of diseases and endangering human health. Data show that the occurrence of epidemic hemorrhagic fever, typhoid fever, influenza, dengue fever and many other diseases are also related to “thermal pollution” to a certain extent.