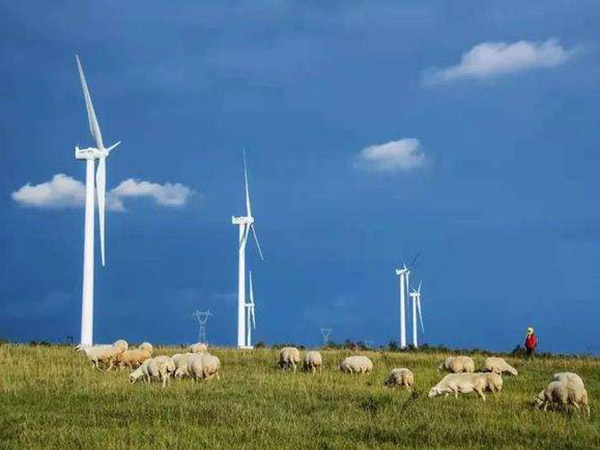 The impact of wind farms on the environment

The development of wind energy has both positive and negative impacts on the environment. During the operation of wind electric power generation, it does not consume any fossil fuels, does not emit any harmful gases, and does not consume water resources, thereby reducing the emission of inhalable particulate matter such as soot and CO2, SO2, NOx and other toxic substances produced by burning coal, but it will still have some impacts on the surrounding environment, mainly as follows:

(1) Impact on ecology and landscape. The impacts of the construction of wind power plants on the local ecological environment are mainly land use, changes in vegetation during construction, and changes in the habits of birds. In order to reduce the influence of the wake, there should be enough distance between wind turbines, which is generally 5 to 8 times the diameter of the wind rotor. The total area of the wind farm is large, but the actual occupied area is very small.

(3) Noise influence. There are two sources of wind turbine noise, one is the aerodynamic noise generated by the rotation of the rotor blades, which is emitted from the vortex at the trailing edge and tip of the blade; the other is the mechanical noise emitted by components such as gearboxes and generators. The typical sound intensity level values provided by modern large wind turbine manufacturers range from 95 to 105 dB. The sound intensity level varies with wind speed and is related to the operating state of the unit.

(4) Visual impact. Much of the Western public debate about wind energy development has been against changing the visual appearance of the landscape. However, the feel of the wind peach looks involves many personal preferences. Visual effects may also include “flashes” on sunny days due to the interaction between the rotating blades.

(5) Wind turbines and birds. The greatest potential hazard of wind turbines to birds is the fatal collision between birds and rotating blades. In fact, the death of birds due to collisions is quite rare. According to statistics, on average each wind turbine will cause the death of 1-~2 birds at most, and many wind turbines cannot reach this number.

(6) Other environmental factors. Including safety factors such as land use, falling off rotating blades, falling towers, shading flashes and possible impacts on plants and animals, etc.