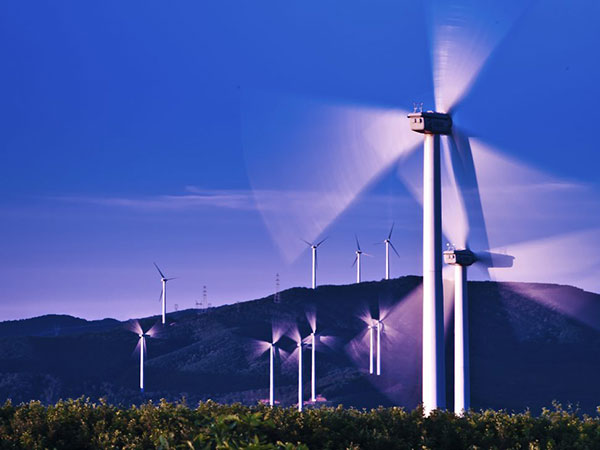 Wind is a moving airflow and a vector. People generally describe it with three parameters: wind direction, wind speed, and wind level, as follows:

(3) Wind level. The wind level is based on various phenomena caused by the influence of wind on the ground or sea surface objects, and the magnitude of the wind is estimated according to the intensity level of the wind. At present, the commonly used wind classification in the world is 0-12 (in 1946, the World Meteorological Organization once changed the wind scale from 13 to 18, but in practice, 0-12 is still used).

The wind that contains energy is a kind of energy that can be used, and it is a renewable process energy. Since wind is caused by solar thermal radiation, wind energy is also a form of solar energy. Studies have shown that about 2% of the solar energy reaching the earth is converted into wind energy, but the total amount is still considerable. Some experts estimate that the wind energy on the earth is about 100 times the current total energy consumption in the world, which is equivalent to the energy contained in 1.08 trillion tons of standard coal.

The World Meteorological Organization has conducted a systematic study on the total global wind power (that is, the wind energy obtained per unit time). The result is that the total power of wind energy stored in the global atmosphere is about 1014MW, of which about 3.5×109MW of wind energy can be exploited. Wind energy resources are not only extremely rich, but also distributed in almost all regions and countries. However, due to the influence of seasons, geography, climate and other factors, the distribution of wind energy resources around the world is uneven. The land surface of the earth is about 1.07×108km2, and the area 10m above the ground (average wind speed higher than 5m/s) accounts for about 27%.