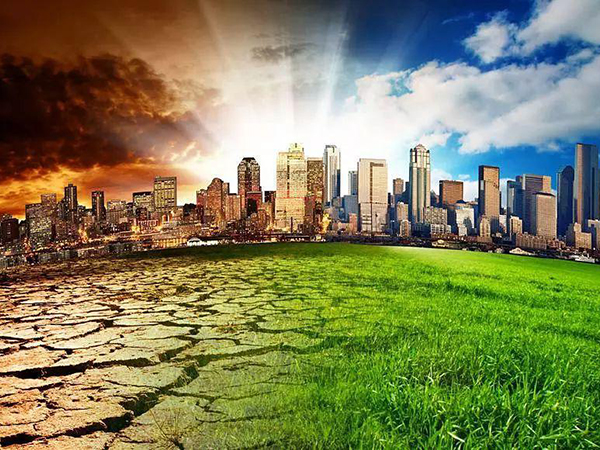 Other important effects of conventional energy on the environment

5. Destruction of the ozone layer

Ozone (O3) is an isotope of oxygen. It exists in the atmospheric stratosphere above the ground 10km. It absorbs most of the ultraviolet light that is harmful to humans, animals, and plants in solar radiation, and provides a barrier against solar radiation for the earth. Studies have shown that the ozone concentration is reduced by 1.0%, the ultraviolet radiation intensity on the ground will increase by 2.0%, and the number of skin cancer patients will also increase. Experiments have shown that the N2O produced by the burning of fossil fuels has extremely serious damaging effects on the ozone layer. According to relevant monitoring, the current concentration of N2O in the atmosphere is increasing at a rate of 0.2% to 0.3% every year, and the increase in the concentration of N2O will cause the concentration of NO in the ozone layer to increase. The interaction of NO and ozone will generate NO2 and oxygen, which will eventually lead to the thinning of the ozone layer.

A lot of facts have proved that the environmental problems caused by the development and utilization of conventional energy are far more than the five types of air pollution, greenhouse effect, acid rain, thermal pollution, and ozone layer destruction. For example, the extraction, transportation and processing of energy will also have a negative impact on the environment, and the loss to humans is also very serious. Authoritative statistics from relevant agencies show that in the past, 15-30 people were injured for every 10,000 tons of coal mined in the past. At the same time, it may cause 2000m2 of land to collapse. On average, more than 200 square kilometers of land are collapsed every year in the world.

In addition, although the use of nuclear energy will not bring traditional pollutants, the dangers of nuclear energy are more than that of traditional fossil energy. The disposal of nuclear waste has always been a huge problem. If it is not handled properly, the radiological hazards caused by these nuclear wastes will be immeasurable and may not be able to be eliminated for hundreds of years. At the same time, the safety issue of the use of nuclear energy has always been a sharp sword hanging on top of today’s commercial civilization. On March 11, 2011, the nuclear leakage accident caused by the earthquake in Fukushima, Japan, once caused a global panic, and the damage it caused to the surrounding waters is self-evident.

From this point of view, if there are no new alternative energy sources, the energy crisis is becoming more and more serious based on the current consumption situation. At the same time, the extensive use of fossil fuels by humans has led to increasingly serious environmental pollution and the destruction of the ecological balance, which directly endangers the survival and development of mankind.

At present, governments and people around the world are deeply aware of the seriousness of the problem, and gradually develop and establish industrial policies for sustainable energy use and environmental degradation. The concept of sustainable development has been recognized by most countries in the world. Sustainable development is the development of meeting the needs of contemporary people without compromising the ability of future generations to meet their needs.