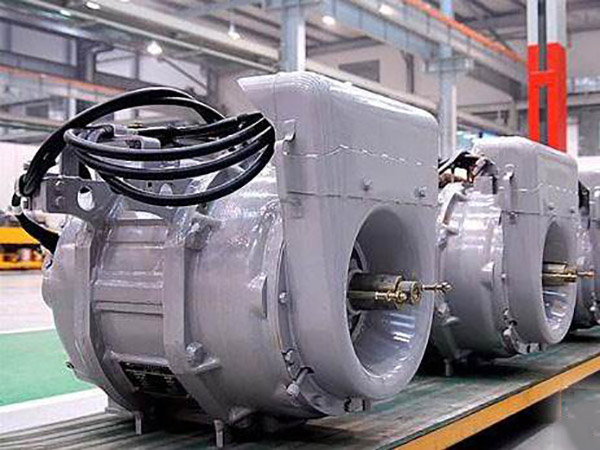 In a doubly-fed asynchronous wind turbine, transient rotor overcurrent and overvoltage caused by voltage sag will damage power electronic devices, and the attenuation of electromagnetic torque will also lead to an increase in rotational speed. As shown in Figure 1, it is the structure of a doubly-fed asynchronous wind turbine with a rotor Crowbar(the Crowbar switch draws on the advanced technology in the international high-voltage testing field, and uses the instantaneous discharge of the capacitor to discharge the large inductance. When the current reaches the peak value, the switch is triggered, so that the current continues to pass through the product, so as to achieve a long discharge time). In general, a Crowbar circuit is connected to the rotor, which is a commonly used and effective low-voltage ride-through technology for doubly-fed asynchronous wind turbines. When the grid voltage sags, a path is provided for inrush currents generated on the rotor side during voltage sags through resistors connected to the rotor windings. It is suitable for two common circuits of double-fed asynchronous wind turbines. The control of the various rotor-side Crowbars is basically similar. That is, when the rotor-side current or the DC bus voltage increases to a predetermined threshold, the switching device is turned on, and all the switching devices in the machine-side power converter are turned off at the same time, so that the rotor fault current flows through the Crowbar.

The selection of the resistance value in the Crowbar is more important. When the Crowbar is connected in series with the rotor, the DFIG can be simply regarded as a wound rotor asynchronous generator. The larger the resistance of the Crowbar, the faster the rotor current decays, and the smaller the current and torque oscillation amplitudes. However, if the resistance value is too large, it will bring overvoltage to the rotor-side power converter, which cannot protect the rotor power converter. It should be noted that the Crowbar circuit is connected to the rotor of the doubly-fed asynchronous wind turbine. Although the power converter is protected, the current and torque characteristics of the generator are not changed. Therefore, the torque fluctuation and mechanical stress are relatively large; after the rotor is short-circuited, as an asynchronous generator, it must absorb reactive power from the grid, which is not conducive to the recovery of grid faults. Therefore, it is often necessary to cooperate with other methods to obtain good results.