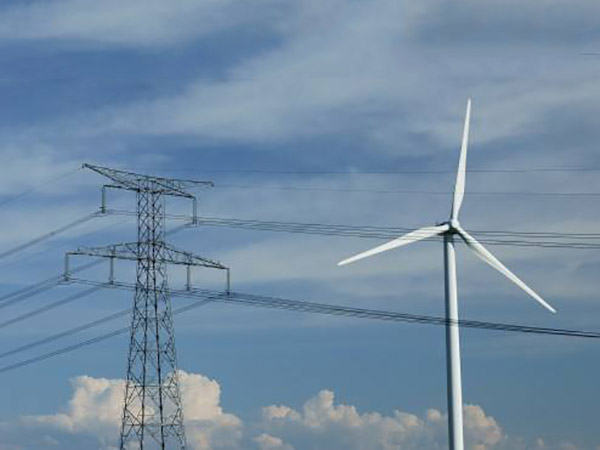 Of course, when the output of the converter is put into grid parallel operation, it still needs to meet the four conditions mentioned in the grid-connected conditions of synchronous wind turbines. That is, the condition (1) that requires the phase sequence to be consistent must be met; when the IGBT converter is adopted and the grid-side converter adopts SPWM control, the condition (2) of the required voltage waveform can basically be satisfied (the switching frequency above several kilohertz can eliminate the low-order harmonics below the 19th order); the constant frequency and constant voltage control of the grid-side converter can ensure that the size and frequency of the converter’s output voltage are the same as the grid voltage, which can be achieved by the regulation of the generator. Therefore, the grid connection process of the wind power system controlled by variable speed and constant frequency is quite stable, and no obvious current and torque impact will be generated.

Synchronous generators generally constitute a variable speed constant frequency wind power generation system. In order to solve the problem of rigid coupling between the rotor speed in the wind generator and the grid frequency, an AC-DC-AC inverter is added between the synchronous generator and the grid, which can make the wind generator work at different speeds, eliminating the need for speed regulators. Moreover, the electromagnetic torque can be controlled by controlling the current in the frequency converter or the excitation current in the rotor, so as to control the speed of the wind turbine, reduce the stress of the transmission system, and achieve the best operating state. The variable speed constant frequency wind power generation system of the synchronous generator is shown in Figure 1.  In the figure, PW is the input power of the wind turbine, P1 is the input power of the generator, and If is the excitation current. Like the cage-type asynchronous generator, the frequency converter of the synchronous generator is also connected to the stator windings, which requires a larger capacity, but its control is simpler than that of the cage-type asynchronous generator. In addition to using the current in the frequency converter to control the electromagnetic torque of the generator, the control of the torque, active power and reactive power can also be achieved through the control of the rotor excitation current.