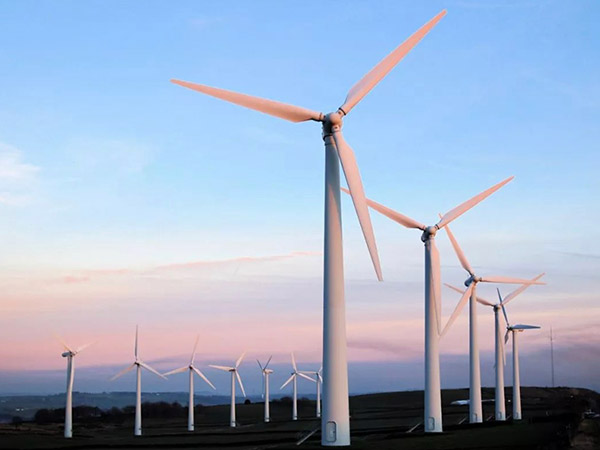 After 2004, China’s wind power installed capacity has increased by an average of more than 100% every year. With this rapid development trend, by the end of 2010, the total installed capacity of wind power generation in the country reached 41.83 million kW, which surpassed the United States for the first time and became the first in the world. In 2014, China’s installed wind power capacity was 91.5GW, accounting for 31% of the world’s total installed wind power capacity, making it the world’s largest wind power country. In November 2014, the State Council issued the “Energy Development Strategic Action Plan (2014-2020)”, which proposed that by 2020, a relatively complete energy security system will be basically formed.

On June 14, 2017, the world’s first composite cylindrical wind turbine foundation and 3MW wind turbine structure were installed in one step at Xiangshui Offshore Wind Farm in Jiangsu. The East China Research Institute undertakes the survey and design task of this project. The successful implementation of the overall transportation and installation of the composite cylindrical foundation fills the gap in the integrated installation of international offshore wind power, and creates a new road for efficient, low-cost and rapid construction of offshore wind power.

Looking ahead, wind power has a bright future. According to estimates by relevant experts, the world’s available wind energy resources are 20 billion kw, which is about 10 times the available water resources. As long as 1% of wind energy is used, 8% to 9% of the world’s existing total power generation can be generated. In the near future, wind power will develop towards meeting 20% of the world’s electricity demand, equivalent to today’s hydropower. Studies have shown that this goal can be roughly achieved by 2040. If this goal is achieved, 1.79 million jobs will be created and more than 10 billion tons of carbon dioxide emissions will be reduced. Therefore, today, wind power is no longer an insignificant supplementary energy source, but an emerging energy industry with the most commercial development prospects.

The most promising emerging energy industry