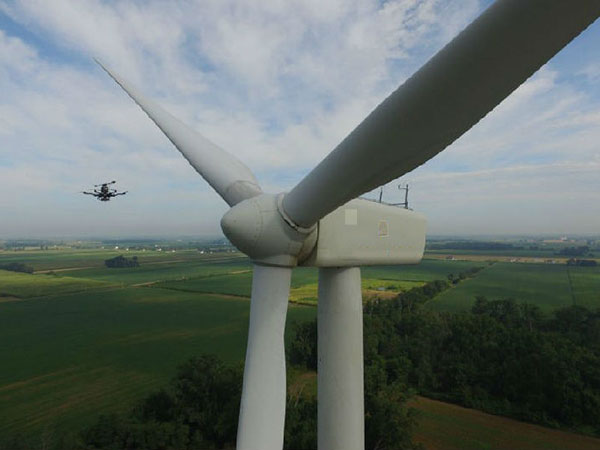 Force action, airfoil and angle of attack in the working principle of wind turbines

17Figure 1 – The force of the airflow acting on the object

Studies have shown that the pressure of air has a certain corresponding relationship with the speed of airflow. The faster the flow rate, the lower the pressure. This phenomenon is called the Bernoulli effect. Next, analyze the Bernoulli effect of the blade as shown in Figure 2. When the angle between its surface and the airflow direction is small, a low pressure area will be formed in the downstream or downwind direction due to the change of the airflow velocity. The lift force acts as “inhalation” or “upward lift” in the vertical direction of the airflow.

Further research has shown that lift and drag are proportional to the intensity of wind energy. The blades of a wind turbine in the wind rotate the wind wheel and output mechanical power on its shaft under the action of lift, drag, or both.

Airfoil, angle of attack and pitch

In wind power generation systems, most wind turbines use blade designs similar to airplane propellers, and the blades that resemble airplane wings are called airfoil. There are two main types of airfoils: one is an asymmetric airfoil and the other is a symmetric airfoil. Both of these airfoils have a clearly convex upper surface, a rounded head called the leading edge (facing the direction of incoming flow) of the wing, and a pointed or sharp tail called the trailing edge of the wing. Figure 3 shows the approximate cross-sectional shape of the most common asymmetric airfoil.

Since the airfoil of wind turbine blades is mostly not straight, but has a certain curve or protrusion, the chord line is usually used as the guideline for measurement. The angle between the airflow direction and the airfoil alignment is called the angle of attack, which is represented by the Greek letter α (see Figure 1). When the incoming flow is toward the underside of the airfoil, the angle of attack is positive.

In the practice of wind turbine design, obtaining proper lift or drag to push the wind turbine to rotate is the fundamental purpose of airfoil design. For the airfoil as shown in Figure 3, the air flow on the convex part of the upper surface is faster, causing the air pressure on the upper surface to be significantly lower than that on the lower surface, thereby causing upward “suction” on the airfoil object. As shown in Figure 4, the relationship between the lift coefficient and drag coefficient and the airfoil angle of attack is given. Generally, the angle of attack is related to the installation angle of the blade. When the wind wheel rotates, the blades also move relative to the airflow in the direction perpendicular to the airflow, so the actual angle of attack α is different from the angle of attack when the blades are stationary.